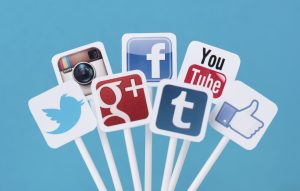 It’s January right?    Your studio is full, and everyone made a New Year’s resolution to work out, be healthy and lose weight.    How long does that last?    How long before people start rescheduling, and their lives start to get in the way?

This is where social media can really help. You want to keep new people coming in the door all year. You want your regular clients to come more often. This is exactly how Farm Girl Marketing Solutions can help you. 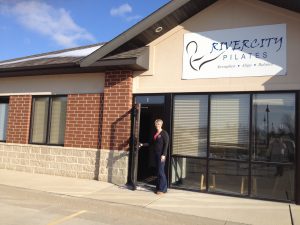 I’ve been working with Carey Sadler at Rivercity Pilates since April 2015.  Since we started posting consistently on Facebook, Twitter and Instagram, sales, online bookings and new customers in the door have been higher than they were the year before.    Some of it is undoubtedly natural growth and word of mouth.   As new clients come in, there’s a question on the form that says where did you hear about us?   Facebook is often the response.  She had started a Facebook page, and she had a Twitter account — but she posted when she thought of it and when she had time.   She doesn’t have a lot of time, because she has a family and she loves to teach Pilates.   She will still do an occasional post – usually a picture that she’s taken at the studio — and that just adds authenticity to the Rivercity Pilates social media strategy.

We started blogging instead of using other people’s content.    I wrote some blogs as a student (I have been practicing Pilates for a couple of years), and Carey started making notes of questions that students asked, and turned them into blogs.  Turns out that the same things that make Carey a great teacher (her personality, her knowledge, her ability to communicate with all different ages and types of people) made her a great blogger as well.   I took control of the blog schedule and added some plugins to make posting to social media automatic, and a calendar plug in that allows us to see our blog schedule easily.  Carey writes blogs, and I pretty them up and get them scheduled.   One of those blogs “Top 10 Signs You Might Not Be Doing Pilates” went nearly viral as far as the Pilates world. 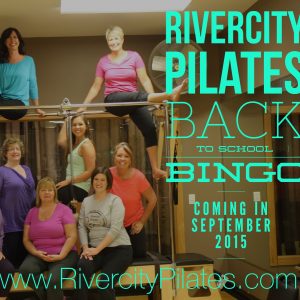 The other part of the strategy was promotions and contests.   I don’t even like t-shirts, but I’d do just about anything to win a t-shirt.   It just brings out my competitive side.   I make up promotions, and Carey was excited to have someone else do the details, so she could keep teaching Pilates.   Most of those promotions are a month at a time — we did Summer Shape Up, Bingo, and 12 Days of Pilates in December.

We gave away a weekly prize for checking in to the studio on Facebook.   Those checkins show up on the client’s friends pages, and the very first day we started, someone replied to a checkin asking questions about the studio.  That one was an easy win, and Carey usually gives away a free mat class, so it’s not something that costs her a lot of dollars.

Every situation and every studio is different, so I get to know you and your preferences, and I help with strategies to make your social media presence consistent and obvious to your clients and their friends.   I was talking to someone last week and they asked me how I could support more than one Pilates studio.   It’s easy — they’re not in the same town (or even the same state!).  For those of you that are wondering, I don’t post the same content each day on each studio I support.     I treat each studio separately, and keep with the priorities of the owner of that studio.

Social Media can change your studio if you’re consistent, have good quality and you allow people to get to know you!  Making a personal connection with people and letting your personality show thru is everything in the social media world.    If you are interested in talking about how Farm Girl Marketing Solutions might help your Pilates studio, you can make an appointment for a free consultation on my website.   Right now, I am offering two free weeks of Facebook posts to anyone who sets up a consult this month!   This could be the beginning of you being consistent on social media and it’s totally free!   Hope to talk with you soon!