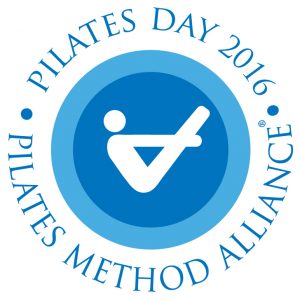 I’m going to confess now, but I think my interest in marketing started because I am really paranoid that when I throw a party, that no one will show up!  Just like the business person who is selling widgets, the key is to have potential buyers decide that they need the widgets you’re selling.  The first step in that — is to make sure that they know that the widget exists.   Farm Girl Marketing Solutions has been working with Rivercity Pilates to ensure that people know that Pilates is alive and well and there’s a certified instructor (Carey Sadler) right here in North Liberty.

Just an aside here:    Even though Rivercity Pilates has been open in North Liberty for a few years, people keep coming in the door saying, “I didn’t realize this was here”.   We’re trying to change that.

Pilates Day is an international celebration of Pilates, but it’s also one of those days, much like a party or a holiday, that requires some thought and planning.   I thought I’d share some of the things we have done, just to give other studios ideas for next year! Ideas, just to get you thinking.   Blogs, that you can feel free to share. Please share, and don’t repost as if you wrote them.  Imitation is the sincerest form of flattery but taking credit for something you didn’t write is wrong! 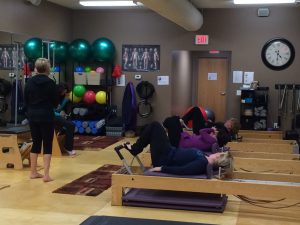 Also important to note:    In almost everything we’ve shared with pictures or videos from Rivercity Pilates, the pictures and videos are designed to give people confidence that they can do Pilates at whatever level they are at.   From couch potato to professional athletes, come on in!     There aren’t Monkeys on the Tower, Hundreds on the Chair  or people doing Squirrel on the Cadillac.    Just pics of people of all shapes and sizes doing fundamental exercises at a beginner level.

Here’s a list of some of our awareness activities:

Planning is always tricky, because it always sounds like the first Saturday in May is a long way away when it’s 40 degrees, then all of sudden, it’s May and you have to be ready.  I ordered the prize sparkle bags in March, and Carey recruited a few sponsors so we’d have items to put in them, helping her with the Pilates Day Budget.     Carey has a client who’s also an event planner – so she is taking care of food.      Stay tuned for Pilates Day Part 2 – and I’ll have pictures and results of the event!